The coach-athlete relationship is recognized as a performance factor in today’s modern sporting environment. Like any other relationship it is defined by the quality of understanding, respect, trust and predictability that exists between two people.

What makes the coach-athlete relationship unique when compared to relationships which may exist between two athletes or two friends outside of sport, is drawn from our understanding of social science and how infants form attachment to their parents or what is also known as their primary care giver.

Coaches are known as an athlete’s primary care giver. They are the people in the athletes’ lives who are expected to provide security, safety, and emotional support. The fact is, we as human beings are conditioned to wanting this from our coaches as a result of how we have been parented in our early childhood years. Athletes who are able to form close attachment to their coaches are more likely to feel secure in exploring their role in sport, pushing their boundaries, taking risks to improve performance and being able to confidently give 100% effort. The same applies for children who have responsible parents who provide this environment and support. It is no wonder the coach-athlete relationship is a performance factor which extends beyond all other factors. It is hardwired into us from our very first hours of being born.

One of the most compelling studies of athlete performance was conducted by Penny Wurthner on the 2008 Canadian Olympic team. The study found the most significant contributor to a medal winning performance or personal best was a productive coach-athlete relationship. 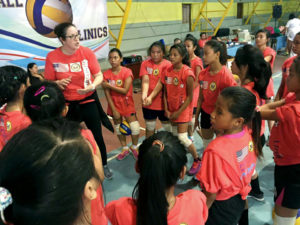 The study consisted of interviewing 27 Olympic and Paralympic athletes and 30 coaches. These interviews were then analyzed. What the study found was there were five distinguishing factors standing out and exhibited by the athletes who delivered Olympic personal best or medal winning performances.

The coach-athlete relationship was found to be the most important factor and absolutely non-negotiable.

The study found there needs to be a productive rapport between the coach and the athletes. When the mutual respect doesn’t exist, the coach-athlete relationship is compromised and negatively impacted. This results in unmet needs for attachment to a primary care giver. If there is no attachment, there can be no engagement and the result of this is poor commitment, disharmony, lack of enjoyment and general distrust. Ultimately, poor performance is what you get and spending more money on better equipment, facilities or support staff never overcomes a poor coach-athlete relationship.

An example of this is when a football player is unsuccessful in their current team so they transfer to another club and most importantly a new coach. If they develop a quality relationship with their new coach, they perform better. Technically and physically the player is the same.

Other factors outside of the coach-athlete relationship can vary, like having equipment or facilities, which meet the threshold level acceptable for competition standards. Beyond this threshold level there are not greater performance returns on any monetary investment. Often, teams who have even had what many of their competitors would consider to be below standard facilities and equipment, can have a strengthened resolve to work harder, be tougher or find an edge in some other way. This is referred to as the advantage of disadvantage and relates to why the struggle can significantly help a sports team or individual athlete.

I recall finishing in 4th place to the German Men’s 8 in the 1993 World Championships. The German men had all been in their team bus when they had an accident, rolling the bus. They arrived at the World Championships in bandages. That year they redefined how the 8 person boat was rowed and were unbeaten in all of their races, culminating in a World Championship Gold Medal. Their resolve was strengthened through their shared adversity and I am certain, they bonded over the experience.

Having established how the coach-athlete relationship is a critical factor in an athletes’ performances in both practice and especially in competition, it is critical to realize this relationship does not happen instantly. Instead it needs to develop over time just like any quality, trusting relationship. Building a better relationship is about conversations (often going beyond just sport), supporting, observing and learning about each other. It is about investing time and resources in this process.

Engagement can be measured by the degree to which an athlete’s heart and mind is captured in their role, their coach and their team members. Of course, the most critical factor in athlete engagement is their relationship with their coach as the primary care giver. When an athlete is engaged, they give their best and achieve sustained results.

My coach always spoke about how many relationships exist within a rowing team with just nine people and a coach. There is the relationship with each athlete and coach, then every relationship between each rower and their crew members. These relationships have to be evaluated from your perspective and the other person’s perspective to truly understand the productivity level. It takes time and effort. It is, however, a proven way to improve performance and a far better investment of time and money than anything else you may be planning on spending money on this season.

As a result of reading this article, it would be useful for you to evaluate the quality of your relationships with your players and athletes.

Bo Hanson is a 3x Olympic Medalist, 4x Olympian and Director of Athlete Assessments. As a coaching consultant, Bo has worked with more than 22,000 coaches, athletes and sports organizations in 40 different sports.